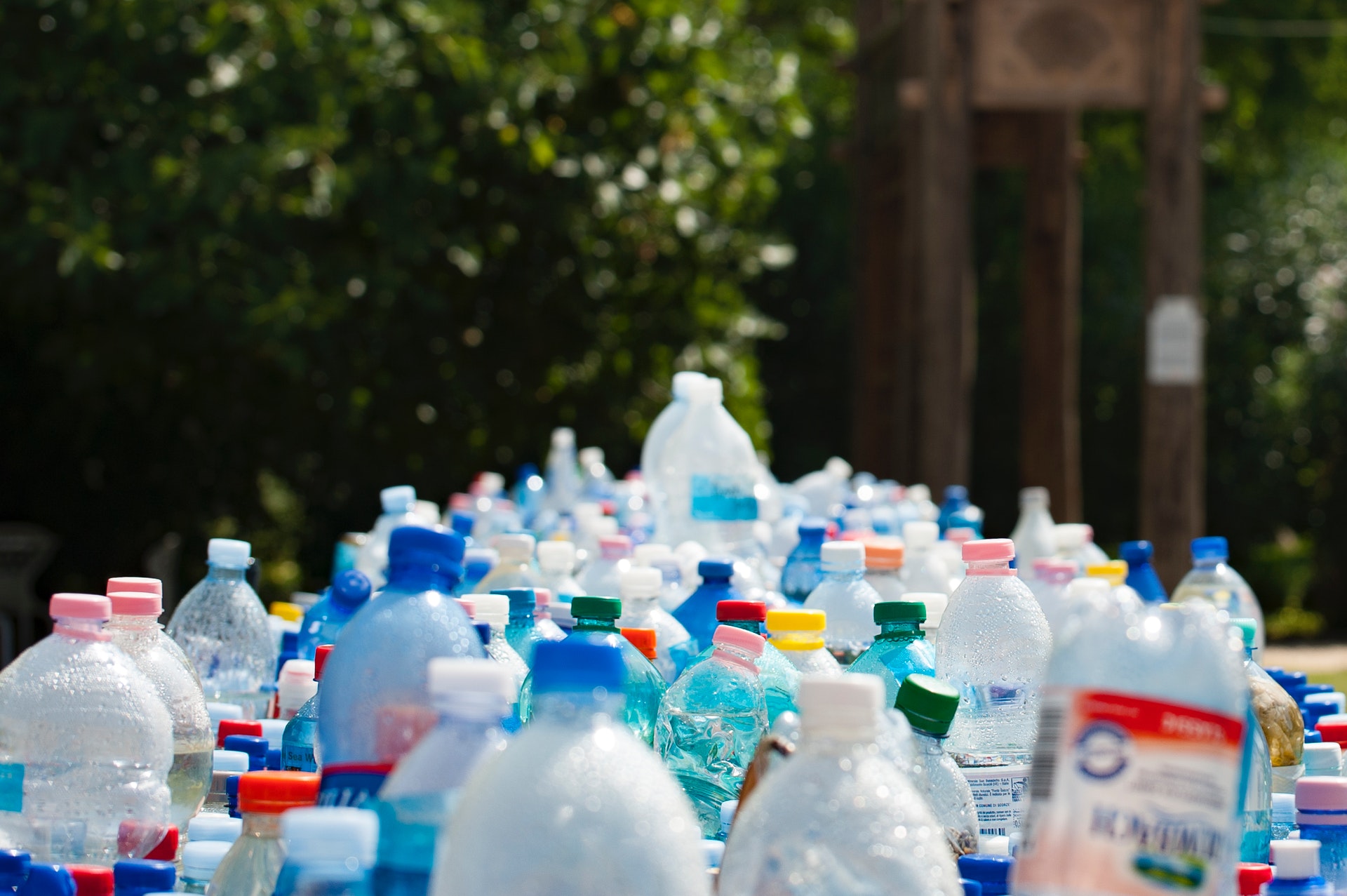 Get ready for the plastic packaging tax

The plastic packaging tax is a new tax which is being introduced from 1 April 2022. The tax aims to provide a financial incentive to use recycled plastic in plastic packaging, which in turn will boost recycling and divert plastic away from landfill.

HMRC have published guidance for businesses that may fall within the scope of the tax to help them prepare for its introduction.

Scope of the tax

A tax credit will be available if packaging within the scope of the tax is converted into other packaging. This is to prevent a double liability on the same packaging.

Amount of the tax

The tax will be payable at a rate of £200 per tonne of plastic packaging which does not contain at least 30% recycled plastic.

Registering for the tax

In each case, only plastic packaging manufactured or imported on or after 1 April 2022 is taken into account.

It is important to note that when working out whether you need to register, the weight of all plastic packaging that you manufacture or import is taken into account, not just that containing less than 30% recycled plastic.

HMRC have said that reduced record-keeping requirements will apply to businesses that manufacture or import less than 10 tonnes of plastic packaging each year, details of which are to be published in due course.

Talk to us if you manufacture or import plastic packaging to find out how the new tax will affect your business. 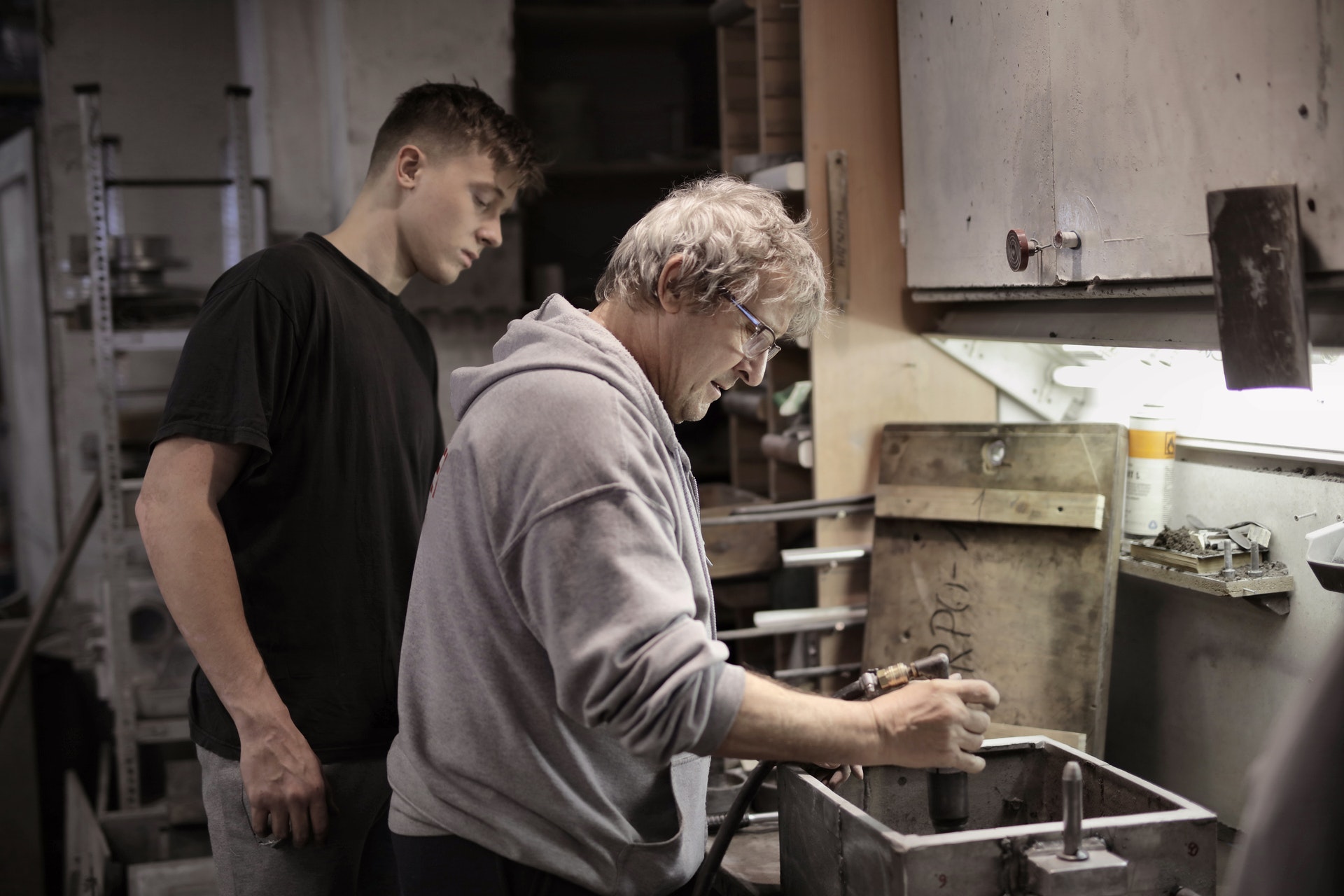 Check you are paying the NMW

Legal requirement to pay at least the minimum wage

As an employer, you have a legal requirement to pay a worker at least the statutory minimum wage for their age. Check that you are paying your workers the correct amount, and that you understand how to calculate the minimum amount that you need to pay the worker depending on the type of work that they do.

The National Living Wage (NLW) is the legal minimum that you must pay a worker who is aged 23 and over. The NLW is £8.91 an hour.

If you provide your workers with accommodation, you can reduce the minimum wage to provide for a contribution to the cost of the accommodation. The permitted reduction – the accommodation offset – is set at £58.52 per week (£8.36 per day).

Speak to us if you are unsure whether you are complying with the NMW legislation. 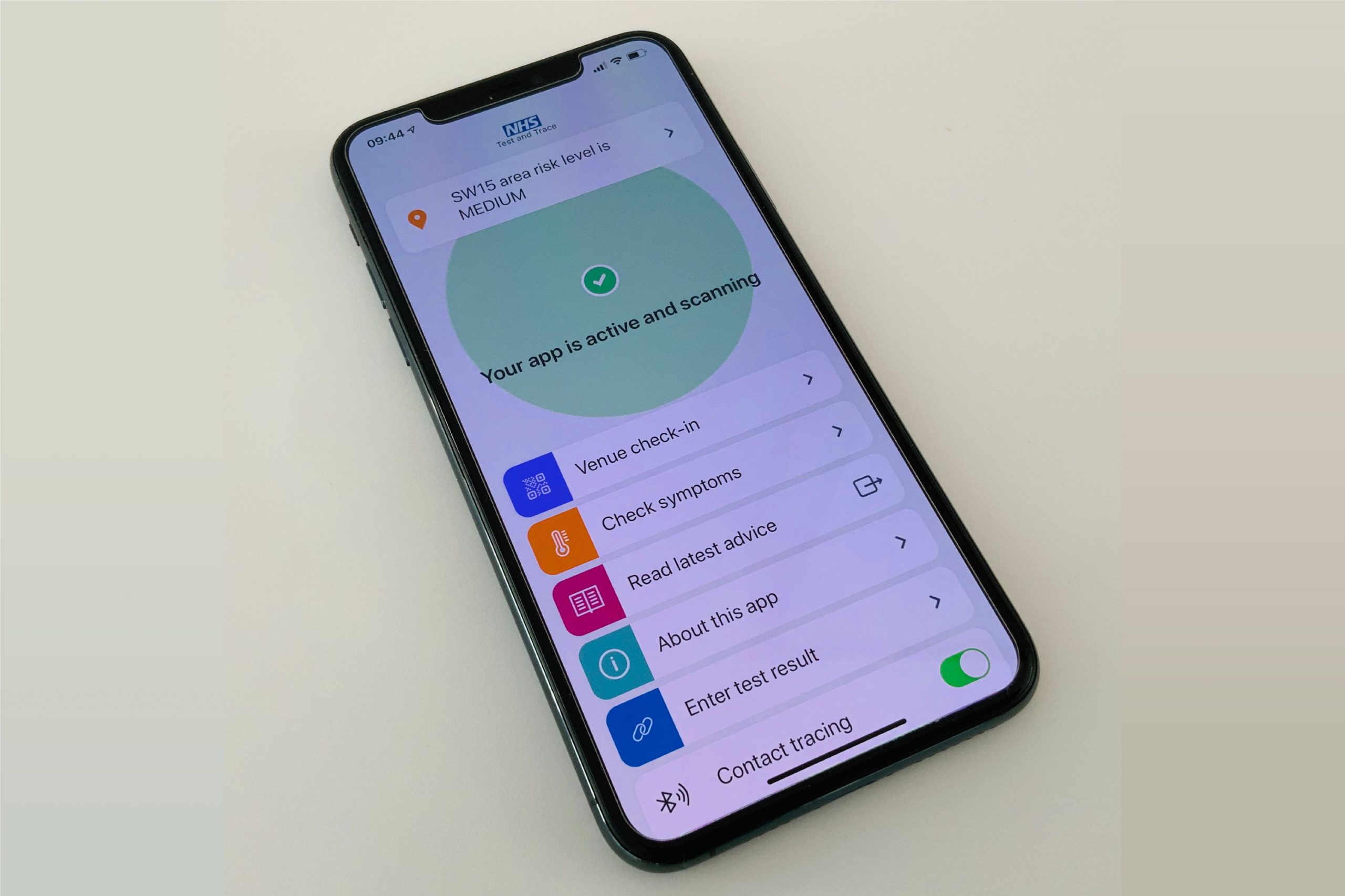 Reclaiming SSP for periods of self-isolation

Relaxation of the SSP rules for Coronavirus-absences

The SSP rules have been relaxed in respect of Coronavirus absences. The relaxations mean that if an employee is absent from work for a Coronavirus absence and qualifies for SSP, you must pay SSP from the first working day of the absence – the three waiting days which normally have to be served before SSP is payable are waived in relation to Coronavirus absences. However, there must be a period of incapacity for work (PIW) for SSP to be payable. This means that the employee must have COVID-19 or be self-isolating for at least 4 days, including non-working days, to create a PIW.

The following periods of self-isolation count as Coronavirus absences:

However, a period of self-isolation following the return to the UK from a country on either the amber list or the red list does not count as a Coronavirus absence, and employees who are self-isolating for this reason are not eligible for SSP unless they qualify on other grounds.

If you are a small employer, you may be able to reclaim SSP paid to employees who are self-isolating for the reasons outlined above. You will be a ‘small employer’ for these purposes if you had a PAYE payroll scheme on 28 February 2020 and, at that date, you had no more than 250 employees on your payroll. If you have more than one PAYE scheme, the 250-employee limit applies across all of your PAYE schemes.

Under the scheme, you can claim a maximum of two weeks’ SSP per employee for Coronavirus absences. This means that if an employee has more than one period of self-isolation, you will need to meet the cost of some of the SSP that you pay to them while absent.

Claims for SSP rebates can be made online.

If you have been affected by the ‘pingdemic’, talk to us to find out whether you are eligible for an SSP rebate. 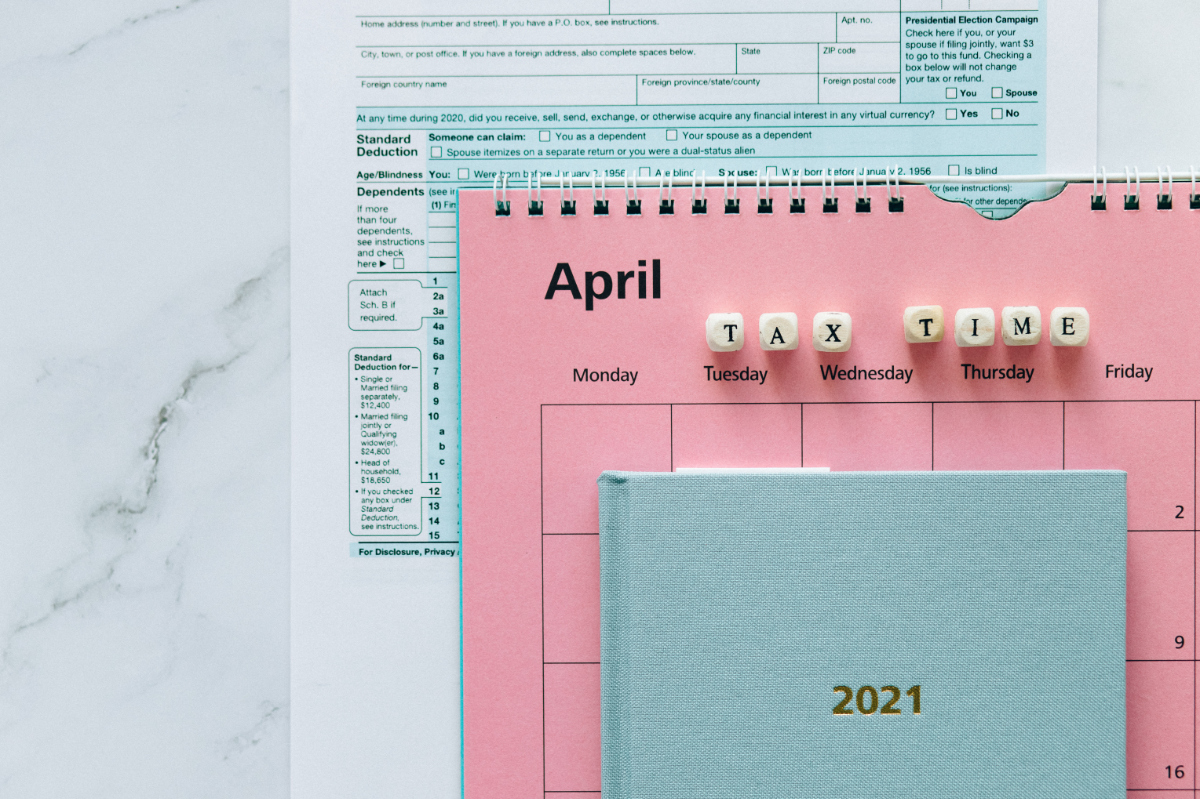 HMRC have been consulting on the reform of the basis period rules in preparation for the introduction of Making Tax Digital for Income Tax Self-Assessment (MTD ITSA), which comes into effect from April 2023. A consultation paper was published in July 2021, which sets out new simplified basis period rules. Comments were sought by 31 August 2021 on how best to implement the reforms.

Once an unincorporated business is established, it is taxed on the current year basis. Special rules apply in the opening and closing years of the business. Under the current year basis, the profits that are taxed for a particular tax year are those for the accounting period that ends in that tax year. Consequently, if the business prepares its accounts to 30 June each year, for the 2021/22 tax year, it will be taxed on its profits for the year to 30 June 2021, as this is the year that ends between 6 April 2021 and 5 April 2022.

The reforms will mean that unincorporated businesses will be taxed on the profits arising in the tax year – i.e., the profits for the period from 6 April to the following 5 April. Where the business prepares accounts to 31 March, these will be deemed to correspond to the tax year (as will the preparation of accounts to any date between 31 March and 5 April).

This will create extra work, and HMRC are looking at alternative estimation approaches, such as making an estimate based on the profits for the quarterly updates submitted under MTD ITSA, extrapolating the profits for the ‘known’ part of the tax year, and allowing the final figures to be provided as part of the following year’s return.

To overcome this, you may prefer to change your accounting date and prepare accounts to 31 March/5 April. This will avoid the need for an apportionment calculation and reduce your workload.

Transitional rules are needed to move from the current year basis to the tax year basis. The transition year is 2022/23.

For the transition year, the taxable profits for a business that does not have a 31 March/5 April year end will comprise the sum of:

Any historic overlap relief can be claimed in the transition year by deducting overlap profits from the result of the above calculation.

For example, if you prepare accounts to 30 June each year, for 2022/2023, you will be taxed on the profits for the year to 30 June 2022 (the basis period for 2022/23 under the current year basis) plus profits for the period from 1 July 2022 to 5 April 2023 (the transition component), less any overlap profits. The overlap relief will cover the period from the date on which the business started to the following 5 April.

In the transition year, your profits may be higher than normal. This will be the case if your transition component is more than your overlap relief. If you started your business some time ago, the impact of inflation may mean that your overlap profits are considerably less than the profits of the transition component, even if they both cover the same number of months. If your profits are higher than normal, your tax bill will also be higher, and you may pay tax at a higher marginal rate as a result.

As part of the simplification reforms, HMRC propose that the statutory rule which deems 31 March to be equivalent to 5 April in the first three years of a trade is extended so that it applies to all the years of the trade. This will mean that where accounts are prepared to 31 March, the business would not need to make small adjustments for the profits of the business to correspond to the tax year, which runs to 5 April. The consultation sought views on whether this equivalence rule should be extended to property businesses.

Please talk to us about what the reforms will mean for your business, and what you need to do to prepare for the introduction of MTD ITSA. 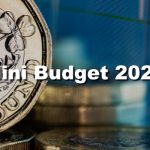 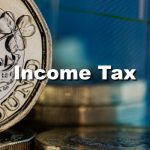 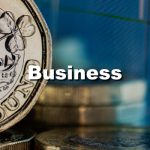 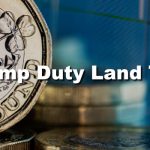 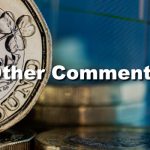 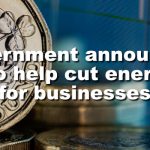 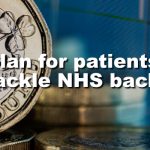 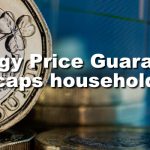 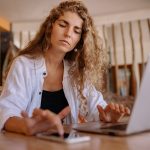 Self-Assessment – it’s getting to that time again 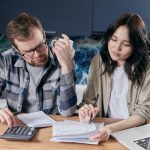 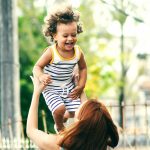 End of the summer holidays – are you claiming all the benefits available for your children?