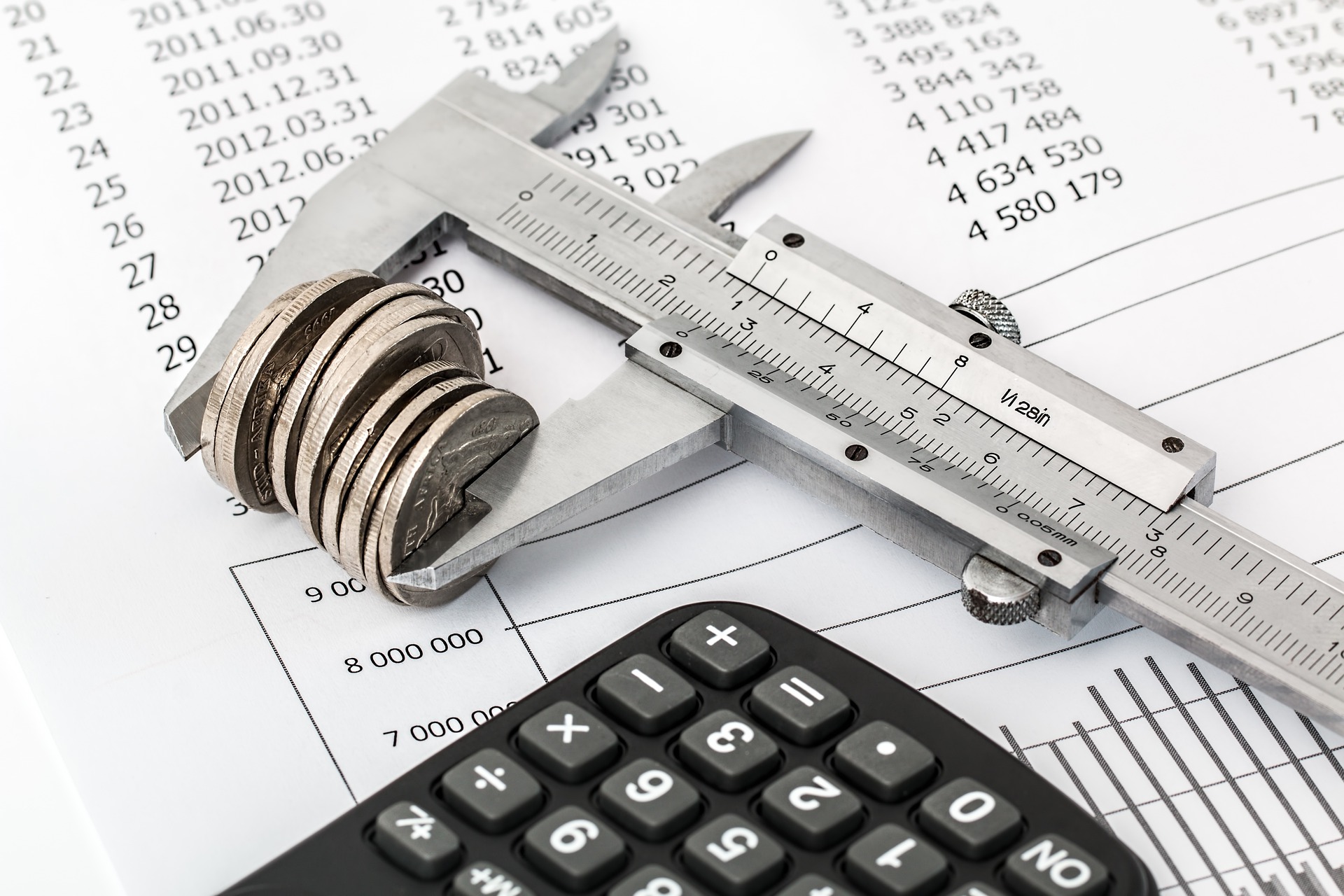 The changes to income tax rates are going to benefit all taxpayers from April next year as they get to keep more of the money they have earned. But one knock-on effect is that the amount of tax relief you can get on your pension will be reduced for both 20% and 45% taxpayers, as it is based on your highest marginal rate of tax.

Will this only apply to higher earners?

While higher earners have the most to lose by not maximising pension contributions before the income tax rates change next year, there is also a fall in the basic rate of income tax from 20% to 19%. So, if you are currently a 20% taxpayer, there is still a benefit to acting before April 2023 to maximise your pension contributions. At present, putting £100 into your pension will cost you £80 as a 20% taxpayer. When this falls to 19%, it will cost you £81 to achieve the same contribution.

Is there anything I need to watch out for?

If you are putting money into your pension, there are some limits you need to be aware of. The most you can put into your pension each year and receive tax relief on is £40,000 – but remember, you cannot claim more tax in a single year than you have paid.

For higher earners, there are a few other things to consider. For example, once you reach an earning level of £240,000, that £40,000 a year allowance is reduced incrementally until you reach £312,000 or more. At this point, the amount you can put into your pension reduces to just £4,000.

Beware of the Lifetime Allowance

The other consideration for everyone – but it is more likely to apply to the highest earners – is the Lifetime Allowance. This is currently set at £1,073,100 and anyone with a combined pension pot that breaches this limit will face additional tax charges on their pension.

So, if you think you may hit or breach this limit, then you need to take advice sooner rather than later to ensure you use the money you have in a different way to save for your retirement. This could, perhaps, include maximising your individual savings account (ISA) allowance of £20,000 per year or making other investments that can be used to generate retirement income.

We can help you

If you want to maximise your pension contributions before the income tax bands change, then please get in touch with us and we will help you to get the most from your money without facing additional tax charges. 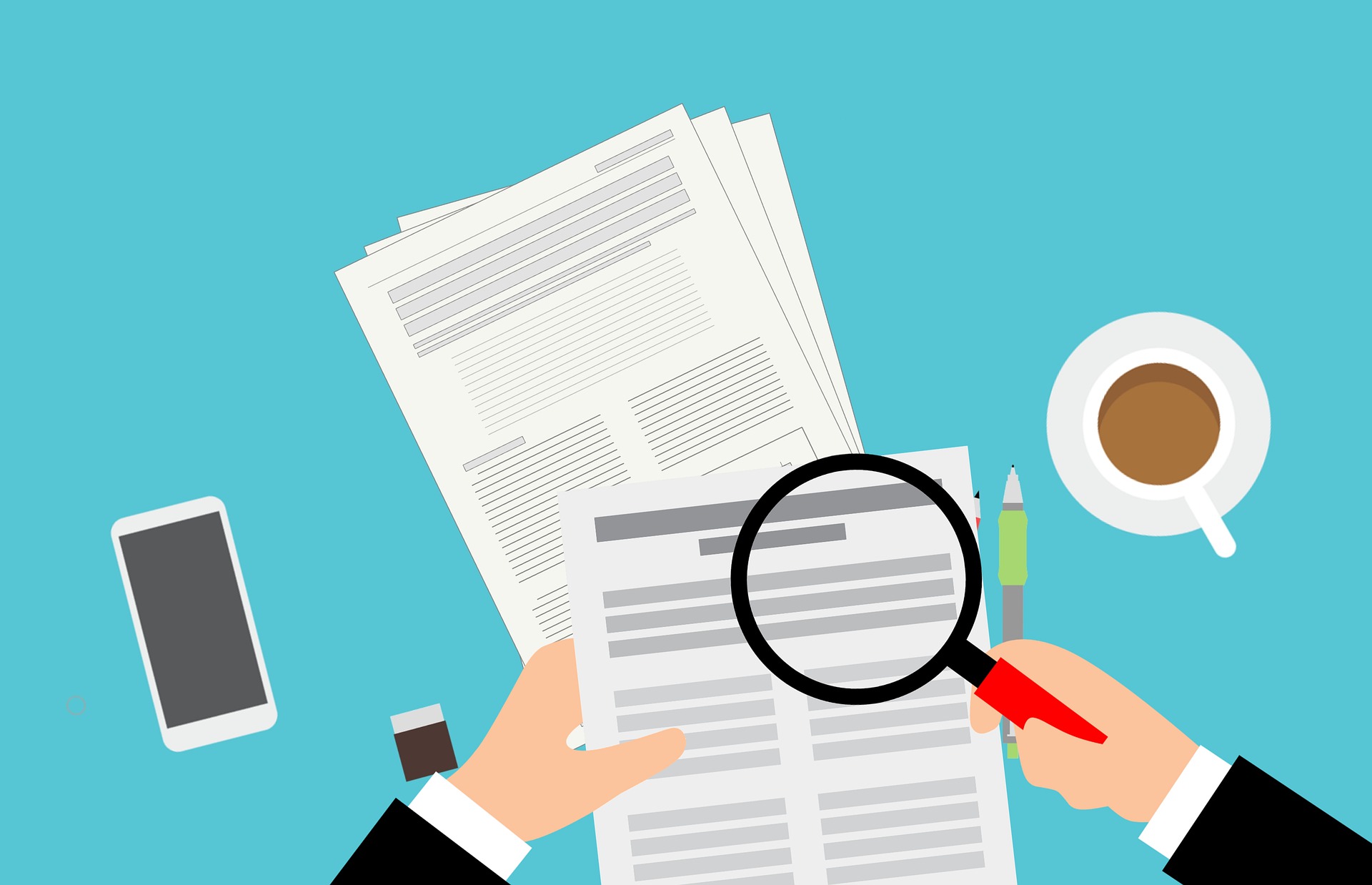 HMRC made some changes to the way Corporation Tax needs to be filed online in September, and companies need to be aware of what they are now expected to do and where there could be difficulties with filing online for certain items.

One change which has been announced in The Growth Plan 2022 is that the £1m Annual Investment Allowance which was due to expire in April 2023 will now be made permanent. The previous temporary extension to April 2023 has already been reflected in the online filing service.

Also, the rate of tax charged for Loans to participators under section 455 was changed from 32.5% to 33.75% from April 2022, and this has been amended in the online filing service.

HMRC has said it is aware of an issue with the online filing service for this instance, and you will be affected if you are “claiming brought forward non-trading losses on intangible fixed assets (NTLIFAs) as well as losses arising in the current period in box 265”, and “if the figure in box 265 exceeds the entry in box 830”. An example of an NTLIFA would be the value of goodwill in a business or a leasehold for the company, as this is not a ‘tangible’, as in physical, asset.

HMRC adds: “The guidance for the completion of these boxes is correct but will result in error 9172 — Box 265 must be less than or equal to Box 830.”

How do you file in this instance now?

HMRC said this service will be updated in April 2023 to remove this error, but if you are filing online before this date, then you need to enter the same amount in box 830 as in box 265 and “include an explanation of the correct figure in box 830 in the computation”.

You must also make sure that the computation included for the purpose of box 265 records the actual non-trading loss arising in the current accounting period.

There are other considerations that may affect you in relation to filing your Corporation Tax return online, and these can be found on Gov.uk.

We can help you meet your obligations

Corporation Tax can be complicated, so please get in touch with us if you think you may have difficulties with your online filing, or you simply want to be sure you are making the most of all your business tax allowances. 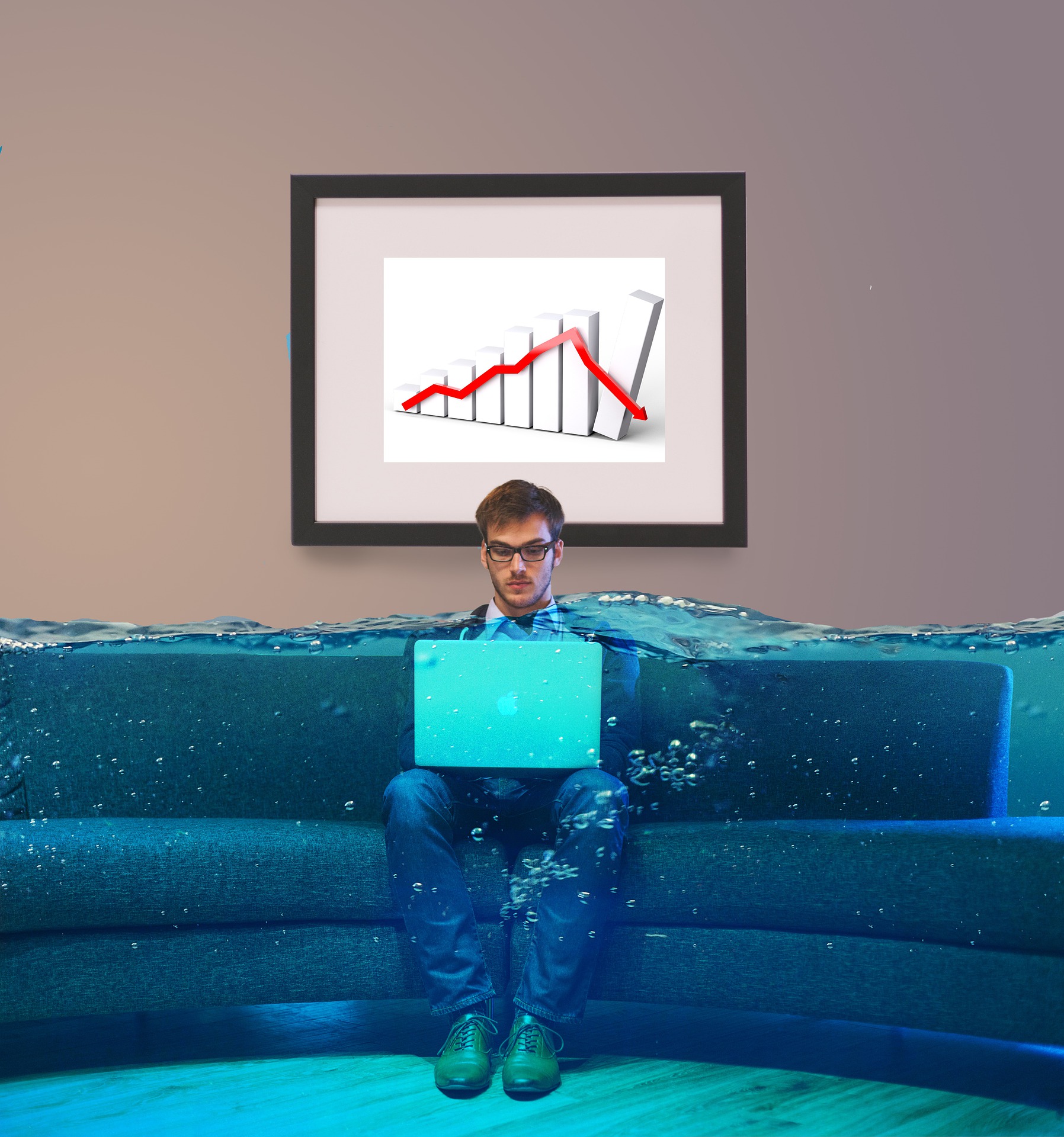 Business insolvencies up in August – is your business vulnerable?

Registered company insolvencies in England and Wales rose by 43% in August this year compared to the same period in 2021, and they were 42% higher than in August 2019, the comparable period before the pandemic.

Why are these businesses failing?

Trading conditions have become more difficult for many businesses, but the statistics give little indication as to what exactly has caused such a significant rise. What we do know is that as inflation rises, the cost of goods and services is going up, meaning not only is it harder for consumers to buy the goods they were buying previously because wage growth is not keeping pace with inflation, but that companies have higher costs themselves, through increases in energy bills and paying more for services, plus additional taxes that apply for dealing with many EU countries now. The significantly weaker pound will create more pressure for those buying goods or raw materials overseas.

The picture in Scotland and Northern Ireland

While the data is slightly different for Scotland and Northern Ireland, the overall picture is largely the same. For example, in Scotland, company insolvencies were 18% higher in August 2022 than the same month the previous year, and 33% higher than in August 2019.

For Northern Ireland, while there was a 56% rise in the number of company insolvencies in August 2022 compared with the same month the previous year, the number compared to August 2019 was 36% lower.

Let us help you

If you are concerned about the financial pressures on your business, then it is best to get help and guidance sooner rather than later as there is a chance you may be able to fend off an insolvency – or even just more severe money worries – by tackling the problem early. We can help you get the advice you need to ensure your business is on track. 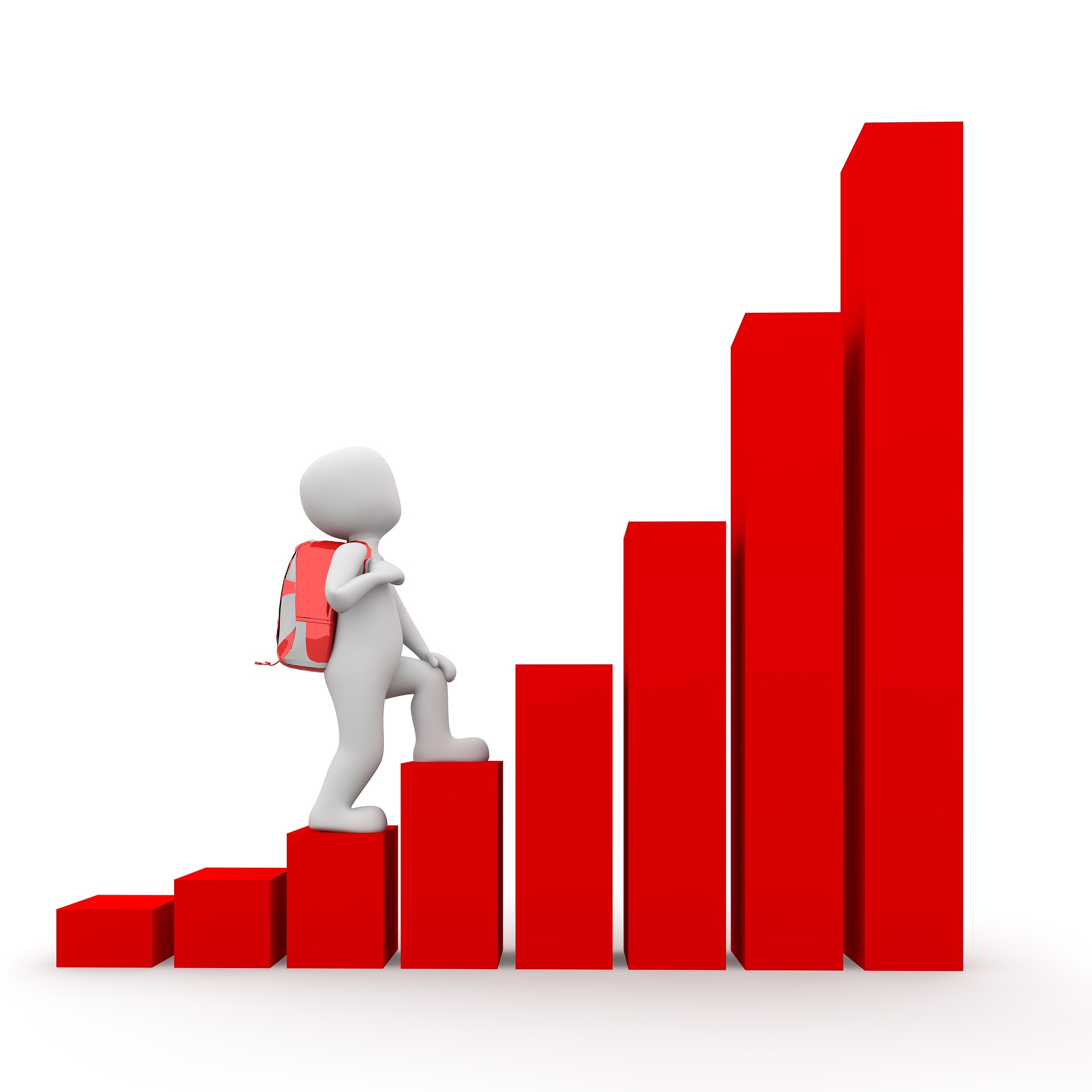 Mini-Budget wreaks havoc on markets and the pound – but will you benefit?

New chancellor Kwasi Kwarteng delivered his first mini-Budget, officially labelled ‘The Growth Plan 2022’, on September 23, and while it largely consisted of tax giveaways, it was not well received by markets.

The FTSE 100 fell sharply on the day from 7,221 on September 22 to 6,986 on September 23, breaching the psychologically important 7,000 barrier before recovering some ground in the following days. The pound reached a record low against the US dollar briefly on September 26 at US$1.0327, as the biggest programme of tax cuts for 50 years was digested by economists and investors.

The market shocks have prompted the Bank of England to state it would not hesitate to raise rates if needed to help bolster the UK markets, and there are already rumours that the BoE base rate – which is currently 2.25% – could rise as high as 6% next year. Some mortgage lenders have temporarily pulled products from their offering as a result.

What are the tax cuts?

Despite the poor reaction to the mini-Budget, the Chancellor’s tax cuts will mean we all have a little more money in our pockets. The highest rate of tax – the 45% band for those earning more than £150,000 per year – is set to be scrapped completely from April 2023. In addition, the current 20% starting rate of income tax will fall to 19% from April 2023 rather than the previous planned introduction date of April 2024.

There have also been changes to National Insurance, with the 1.25% Health and Social Care Levy which was introduced in July being scrapped from November 6 this year, and the plan for this to come into force as a separate tax from April 2023 is also scrapped. The statement on the reversal of the Health and Social Care Levy stated: “This tax cut reduces over 920,000 businesses’ tax liabilities by £9,600 on average in 2023-24…It means 28 million people across the UK will keep an extra £330 a year on average in 2023-24.”

Stamp Duty Land Tax – the tax you pay when you buy a property in England and Wales – also changed with immediate effect on September 23, with the threshold at which you start to pay SDLT doubling from £125,000 to £250,000. This means no SDLT is payable on any property worth less than £250,000. The Government stated that this measure should save homebuyers an average of £2,500 in SDLT.

The current rate of Corporation Tax was also due to rise in April 2023 from its current level of 19% to 25% for companies making more than £250,000 in profit. But this move has been cancelled by the Chancellor in his statement.

Companies that were making profits of between £50,000 and £250,000 were also expecting to see an incremental increase in the amount of Corporation Tax they would pay from April next year, but this has also been cancelled. So, all companies will pay 19% Corporation Tax on profits no matter how much profit they make in a single year.

Why have markets reacted so badly to the mini-Budget?

There has been widespread alarm about the changes made and planned for the tax system, as the tax cuts are seen as a way primarily to help the wealthier members of society, while giving less assistance to those who may need it more. For example, top earners will see a 5% reduction in their highest marginal tax rate, while the lower paid will see just a 1% reduction.

The theory behind this is something called ‘Trickle-down economics’ where cutting the tax burden of the highest earners should encourage them to spend more and those further down the economic chain should see the benefit of this as more money goes into their own pockets. But this is a theory that is yet to work in practice.

The other reason for the poor market reaction is because these tax cuts are going to be paid for by increasing Government borrowing. Borrowing more money to fund these cuts – especially when we are in an economic environment where interest rates are rising – is not considered by many to be a good plan.

However, we will have to wait and see what the result of all these changes are to discover whether it will benefit the UK.

To find out how you can benefit from the measures announced in The Growth Plan 2022, please get in touch with us and we can give you any assistance and support you need. 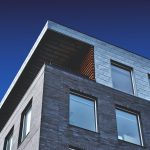 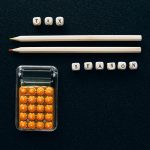 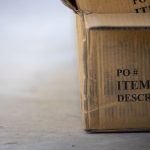 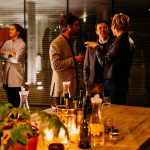 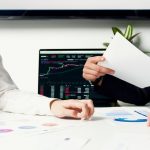 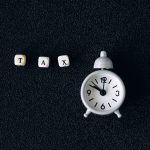